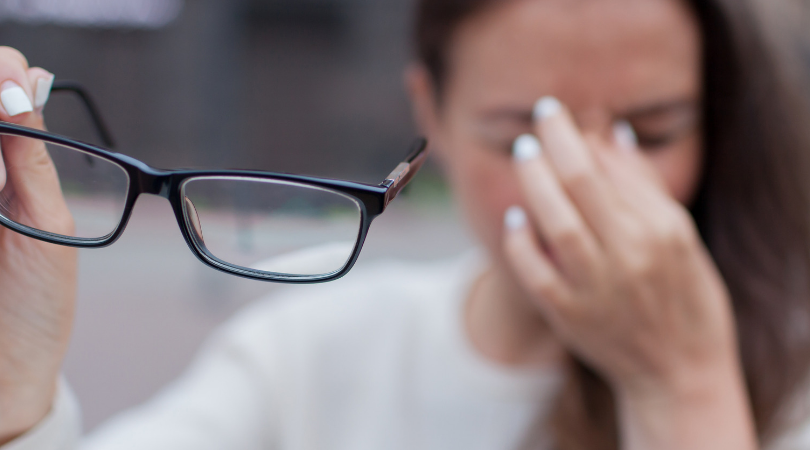 Myopia, also known as short-sightedness, is becoming increasingly common throughout the world. In some countries it has reached epidemic proportions.

In many countries in Asia, almost everyone wears glasses for correction of myopia. In school photos from the 1940s and 1950s, very few children are seen to be wearing glasses. In schools today a significant number of children will be wearing glasses and many of the others will be wearing contact lenses. The exact percentage of  people in New Zealand that have myopia is not currently known but if we are anything like our neighbours in Australia, then our myopia will be increasing at an exponential rate. In East Asian cities over 80% of young adults are affected by myopia and by 2050 50% of the world population is expected to be affected by myopia. Short sight is threatening to become the leading cause of blindness in working age adults in China.

A large amount of research has been carried out to determine the reasons for this epidemic and to develop means of preventing or reducing the progression of short sight. This research has given us a much better understanding of why people become short-sighted resulting in treatments being developed which can slow or halt the progression of myopia. These techniques are called myopia control.

When does short-sightedness develop?

Myopia typically starts to develop in the pre-teenage or teenage years and often continues to get worse into the early or late 20s. This progression may stop in the early 20s, but for teenagers who become significantly myopic, the progression of the myopia can continue for longer and to a much greater extent, to the point where significant visual impairment can occurs. The underlying cause of myopia is that the eyeball becomes increasingly long or strong which means that light rays focus in front of the from the retina and result in worsening distance vision. The below diagrams illustrate the effect of myopia compared with normal eyesight.

What is myopia or short-sightedness?It’s important to understand what myopia means and why it occurs. Being myopic, means that vision is focused at close ranges and distance vision is reduced. As mentioned above, this most commonly occurs because the eye is too long and strong for the overall focusing system of the eye. This means that rays of light entering the eye are not focused on the retina (the tissue at the back of the eye), but are instead focused in front of the retina.

How can myopia or short-sightedness be corrected?

How does someone develop myopia?

These days, we are beginning to have a much better understanding of why people become short-sighted. Myopia tends to have a genetic component and can run in families.  Currently there are no gene treatments for myopia but it is likely that genetic research will eventually allow us to identify people who are risk of developing myopia and these people could then be offered treatment to prevent myopia progression.

Research over many years has shown that there are a number of environmental factors which have a strong influence on the development of myopia. The major environmental factors that have been consistently associated with an increased risk of developing myopia including include reduced time spent outdoors, higher educational levels and increased levels of near work.

For instance, the epidemic of short sight and Asian countries has been strongly associated with increased urbanisation and education. Studies were carried out in Greenland on Inuit by Danish researchers many years ago and the studies showed that Inuit did not develop myopia until they started to become literate and spent time reading. There is a strong association between increased levels of myopia and reduced time spent outdoors. It is usually recommended you spend over 90 minutes outside every day. Myopia resulting from reduced time spent outdoors is most likely caused by reduced lighting levels indoors.

Studies carried out in the United Kingdom have shown strong evidence that increased education is a causal factor for the development of myopia. It seems that it is not just that short-sighted people spend more time indoors reading and are therefore better educated, it’s the other way around. The more time that is spent being educated, the more likely you are to be shortsighted and the worse the short sight may be. Another important risk factor for the development of short sight is prolonged close work. The reasons for this are not fully understood.

Many other environmental risk factors for myopia development have been suggested including increased screen time (television computers and personal electronic devices) and living in cities with high population densities. The evidence for these last risk factors is less strong than the evidence for prolonged close work, increased education and less time spent outdoors.

This research is important as it has helped develop strategies for slowing or halting the progression of myopia. This has important health implications because short sight is not a totally benign condition. As well as the poor distance vision that short sight causes and the subsequent need for glasses, contact lenses or laser eye surgery, short sight, particularly when it is extreme, can be associated with a number of medical conditions. These include macular degeneration retinal detachment and glaucoma, which can cause permanent visual impairment.

What should parents with short-sighted children do?

If you’re a parent with a short-sighted child or you’re a teenager who has started wearing glasses or contact lenses for correction of short sight, there are several things that you can do which may be helpful in slowing or halting progression of your short sight.

Studies have shown that increased time spent outdoors in sunlight and reduced periods of time spent using screens such as computers, smartphones and tablets can be beneficial. For this reason, it’s worth limiting screen time, discouraging reading in bed with poor lighting, and spending more time outdoors in sunlight. These measures may be quite difficult to enforce and probably won’t be enough by themselves to prevent progression of myopia. It’s still worthwhile adopting these suggestions in case it helps to slow the progression of your short-sight.

The first treatment involves the use of drops containing a substance called Atropine. Atropine has been used for many years in eye care to dilate the pupil when examining the eyes. The drops, as well as dilating the pupil, also temporarily relax the focusing muscles, which will make it more difficult to focus close distances. It has been known for some time that using atropine drops will slow or halt progression of myopia. This treatment was not used a lot initially as full strength Atropine drops causes increased light sensitivity due to the dilated pupil,making reading and close work very difficult. Fortunately, it has been found that low strength Atropine drops, which do not affect reading or dilate the pupil, are very effective at halting progression of myopia, and can safely be used in children for long periods of time.

The second type of treatment involves the use of special contact lenses (Ortho-K lenses or myopia control lenses) or glasses that involve the eyes having to focus less for close. Just like Atropine, both these treatments can be very effective in controlling myopia when used by themselves, or in combination with atropine eye drops. Increasing numbers of optometrists in New Zealand can offer these treatments. It is important to understand that any treatment for controlling myopia progression will not reverse existing myopia and will not get adults out of glasses.

What should you do if you or your child are becoming more myopic? Short sight can be picked up because your child is having difficulty seeing at distance. Glasses or contact lenses will then usually be prescribed and fitted by an optometrist. If the myopia continues to get worse, which it usually does, you should have a discussion with your optometrist or eye surgeon about the potential of having myopia control treatment started. If your eye practitioner does not provide this service, insist on being referred to another practitioner who does. To find out more there is an excellent website called My Kids Vision that can give you a lot of resources. It also has a quiz that can show how likely your child is to become myopic.

Treatment to prevent progression of myopia is very worthwhile. If this is successful, it will prevent the development of the serious complications which can occur with severe myopia, and will also make vision correction with laser eye surgery, glasses or contact lenses much easier and safer.

SMILE® is a registered trademark of Carl Zeiss Meditec.