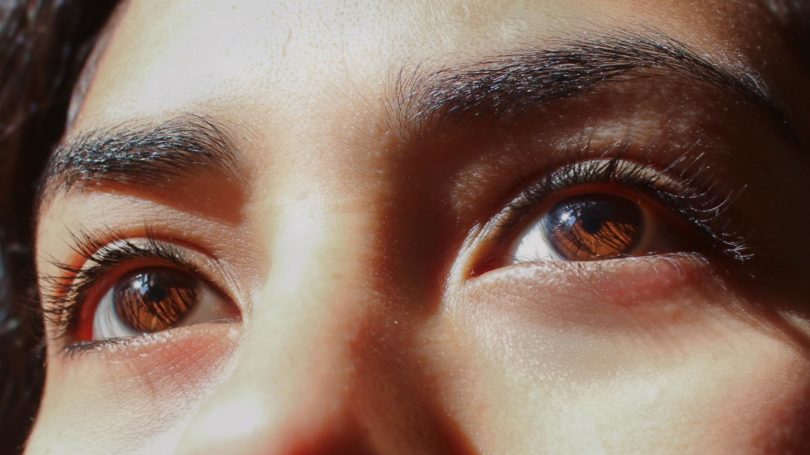 At the present time everyone in New Zealand, and almost everyone throughout the rest of the world, has had their life severely disrupted and, unfortunately, in many cases ended, by the Covid 19 virus. Covid 19 can affect the eyes, causing conjunctivitis, but it is not the only virus that can affect the eyes. Many viruses have more severe effects on the eyes than Covid 19. Although most of these viruses have less severe effects on general health. This article discusses what viruses are, how they affect living cells, and how viruses affect the eyes.

Viruses are tiny organisms, smaller than living cells and smaller than bacteria. They exist in almost all environments on earth and can infect animals, plants, fungi and even bacteria. When a virus invades a cell or bacteria it disrupts the normal metabolism of the cell, in many cases eventually causing the death of the cell. When a virus infects organism such as an animal or plant, the effects may vary, from causing a fatal disease to producing no noticeable reaction.

The same virus can infect more than one organism and have a different effect on different organisms. For instance, the Ebola virus is thought to have originated from fruit bats in West Africa. But it did not appear to have significant effects on the health of the bats. When the virus spread to humans however, it caused a severe and rapidly fatal disease. This is called a zoonotic disease; transfer of a virus from one species which is a normal host for that virus, to another species which is not normally a host. This can occur if the two different species are kept in abnormally close proximity, such as in what are known as “wet markets” in Asia. This is what appears to have happened in the Wuhan wet market, where the Covid 19 originated.

What does a virus consist of?

Viruses are extremely small and relatively simple organisms. Essentially, they consist of:

Putting it simply, a virus exists only to reproduce its RNA or DNA and it does so by parasitising a host cell, using the host’s metabolism to do the work for it.

Because they are unable to make proteins, fats and genetic material without the help of a host cell, viruses are unable to exist independently of other organisms and can only survive and reproduce by invading a host cell and hijacking the host cell’s metabolism. A virus infects a cell by attaching itself to receptors on the cell surface and injecting its genetic material into the cell. This genetic material “reprograms” the cell’s DNA to make it produce more viruses. When the cell dies this new viral material is released. It then infects more cells – it “goes viral”.

Viruses can cause a wide variety of diseases – from infections such as the common cold and influenza, cold sores and chicken pox, to much more serious diseases such as rabies, AIDS, Ebola and now Covid 19. They can also cause cancer in many animal species. Such as the HPV virus which is implicated in causing cervical and oral cancers.

Can you treat viruses?

Treatments for diseases caused by viruses are dependent on the type of virus. The development of vaccines has reduced the severity or, in some cases, eliminated many viral diseases. Smallpox has effectively been eliminated by the use of vaccination, which was first developed and used at the end of the 18th century. Polio regularly caused widespread epidemics in the past, which has been controlled with use of vaccines. As have diseases such as measles, mumps and chickenpox. There is currently no recognised treatment or vaccine available for Covid 19.

Some viral diseases are treatable with medications taken orally. AIDS, caused by the HIV virus used to be almost universally fatal. Since the introduction of antiretroviral drugs, HIV infection has become very treatable, such that people with HIV infection should not develop AIDS and should have a normal lifespan. Antiviral medications and vaccines can control infections caused by Herpes viruses, such as chickenpox and cold sores, although they can not be completely cured.

How do viruses affect the eyes?

Many viruses cause eye diseases. The effects of which are usually a mild short lived viral conjunctivitis. Some viruses have the potential to cause severe and blinding damage to the retina, optic nerve and/or cornea. But these more severe cases are rare.

The most common eye issue associated with a virus is Viral Conjunctivitis. There are a few viruses that can cause this (Adenoviruses, Rubella, Rubeola, Herpesviruses and Picornaviruses)

The most notorious of all these viruses is the Adenovirus.

Viral conjunctivitis can be very uncomfortable and unpleasant, and symptoms can last for over a week or longer.

When infected, the conjunctiva (the white surface of the eye) becomes pink from dilated blood vessels, and a discharge appears in the eye. Often the discharge causes the person’s eyes to stick shut, particularly overnight. This discharge may also cause the vision to blur. Vision improves when the discharge is blinked away. Vision is also blurred if the cornea is infected, but it does not improve with blinking. Sometimes the eye feels irritated, and bright light may cause discomfort.

Viral conjunctivitis is very contagious, and will often spread to the other eye in a few days.

Most cases of viral conjunctivitis will resolve completely without specific treatment.

Recent research has shown that an antiseptic spray containing a substance called hypochlorous acid is able to kill adenovirus (the most common cause of viral conjunctivitis) resulting in faster resolution of the condition. The spray is used at the Wellington Eye Centre and also by some optometrists.

Because adenovirus is so contagious it is extremely important to practice good hygiene, particularly the use of hand sanitisers to minimise the spread of the infection. Do not share your hand towels, face cloths and pillowcases with other household members. Wash these items regularly. It is best to stay home from work or school for several days, or in severe cases, even weeks.

Let’s get Covid 19 out of the way first. Conjunctivitis has been found in about 1% of people with Covid 19 infection. Symptoms consist of red, watery and uncomfortable eyes. It is possible to become infected with Covid 19 if you are exposed to infected eye secretions, such as tears.

Chinese ophthalmologist, Dr Li Wenliang, believes he was infected by examining a patient who turned out to have Covid 19, but no other signs or symptoms of infection.

For more information on Covid-19, check out this earlier article; Covid 19 virus and the eyes.

During this pandemic, you should avoid touching or rubbing your eyes, particularly if you are outside your home.

Conjunctivitis is actually quite common, even at normal times. If you develop it at present it is extremely unlikely that you have Covid 19, unless you also have other symptoms or are part of an “at risk” group.

If you develop conjunctivitis during the lock down, your first port of call should be your local pharmacy. They can give you appropriate “over the counter” eye drops including antibiotic and lubricating drops. We’ve also written a blog on what to do if you need eye drops during lock down.

Adenovirus can cause viral conjunctivitis, also known as epidemic adenoviral keratoconjunctivitis. It is a very contagious acute viral eye infection. It often occurs in association with an upper respiratory infection such as a sore throat. The virus is very easily transferred from person to person by things such as hand towels and contaminated surfaces.

Herpes viruses are a common cause of eye infections. Probably the most well-known herpes virus is Herpes Simplex (HSV), it is responsible for the cold sores that many people get on their lips. HSV can also cause genital infections and can cause ulcers on the surface of the cornea. The other herpes viruses which can affect the eyes are Herpes Zoster (HZ), which causes chickenpox and shingles, and the Cytomegalovirus (CMV).

All herpes viruses show a behaviour called latency. Following an initial infection, often in infancy or childhood such as childhood chickenpox, the virus establishes a life-long persistent infection in the host. During latency, the viral genetic material is maintained in infected cells although there is no active virus infection or replication occurring. In the case of herpes simplex, the virus may become latent in a collection of nerve cells called a ganglion found in the eye socket behind the eye. With HZ, the virus may establish latency in nerve ganglions which are associated with the spinal cord. Herpes viruses which have become latent can reactivate to produce a new infection under certain conditions.

Both HSV and HZ can cause severe damage to the surface of the eye if treatment is inadequate or if the condition becomes recurrent. Fortunately, effective treatments are available for both these viruses which in most cases can prevent significant visual loss.

Anyone who has had cold sores on their lips know that these tend to be recurrent. Corneal ulcers caused by HSV are frequently recurrent and can cause progressive damage to the surface of the eye.

Anti-viral eye ointment is frequently used to treat acute ulcers caused by HSV. Long-term use of oral anti-viral medications can prevent, or reduce the frequency of, reactivation of the virus.

Reactivation of the HZ virus causes shingles. Shingles is more common and severe in older people. This is thought to be due to poor immunity with increased age. The HZ virus reactivates in nerve cell ganglions and then travels down the nerves to the skin where it causes characteristic redness, blistering and pain. If the HZ virus affects nerves which travel to the surface of the eye, it can cause ulceration, inflammation and nerve damage to the surface of the cornea. Shingles damages nerve fibres and this damage can cause severe, debilitating and persistent pain in the area affected by the episode of shingle. A condition called “post-herpetic neuralgia”.

The CMV virus is not a frequent cause of eye problems. However, it can cause severe and potentially blinding inflammation and damage to the retina in those with severely impaired immunity. This used to be a common problem for people who developed AIDS. Since the introduction of effective antiviral treatment for the HIV virus it has become very uncommon.