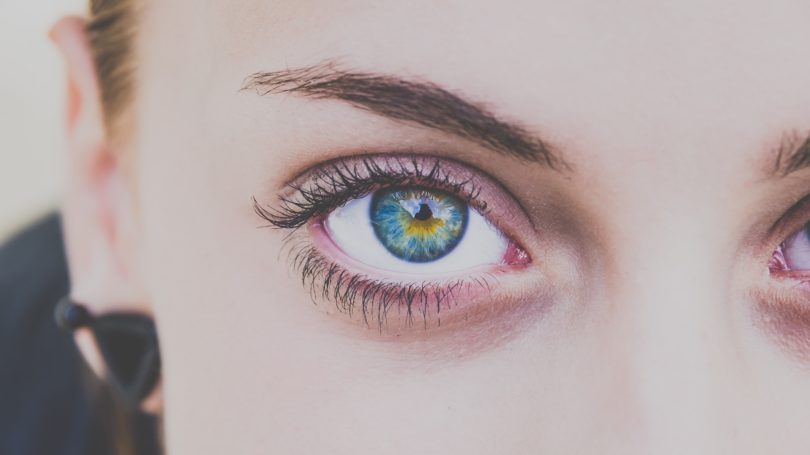 As you’d probably expect, we here at the Wellington Eye Centre are very passionate about eyes! There are some really interesting facts about eyes that we’d love to share, so stay tuned.

1. Babies’ eye colour can change up until the age of 6 years old!

When babies are born, especially fair-skinned babies, they have light-coloured eyes. Around the age of 6-9 months of age, their melanin develops. Melanin is a type of pigment that gives colour to the eyes, skin and hair.  By the age of 12 months, most children’s eye colours are stable. In very rare cases the colour might change up until 6 years of age.

Not only does the physical colour of their eyes change as they develop but so does their ability to see colour. At birth they can see black, white and shades of grey but over the first few months they begin to see more colour. From very early on they can distinguish red on a grey background, next is green and a few weeks later they can discern blue and yellow. This is due to specialist cells in the retina known as cone cells, which are responsible for detection of colour. These cells are present from birth but it takes time for them to develop and for the brain to be able to interpret the signals.

Another part of the eye that is undeveloped at birth is the tear ducts. This is why babies’ don’t cry actual tears in the first few weeks. Although they have working tear glands they only produce enough tears to lubricate the eyes. When they’re between two weeks and two months old, their tear ducts develop, and as this happens their tear glands mature and begin producing more tears as well. This is when they will start producing tears whilst crying and you’ll see them rolling down their face.

Don’t go substituting your general medical check-ups for an eye test, but in some cases the eye might be the first part of your body to be affected by these conditions.

Some symptoms and the related conditions which can be detected in an eye exam:

3. There is only one person in New Zealand who makes and fits prosthetic eyes outside of a DHB

Keith Pine, who makes prosthetic eyes in New Zealand, travels up and down the country bringing his services to various regions. He has been an ocularist for over 30 years and is an approved provider for Ministry of Health subsidies as well as being registered with ACC. Keith visits the Wellington Eye Centre once a month and has a fascinating and highly satisfying occupation.

There are about 3,000 people in New Zealand who wear a prosthetic eye. The earliest known prosthetic eye is from around 2900-2800 BC. The materials used, shape and insertion of these artificial eyes has evolved greatly since then.

The skills required to make and fit these devices is a unique blend of technical skill and creative artistry. These days prosthetic eyes are made by dental technicians who have studied and specialised in the area of maxillofacial prosthetics. This is due to the switch from using glass in the 19th Century to the use of a new material in the 20th Century. This new material, poly methyl methacrylate (PMMA), had been adopted by dental technicians to create denture bases at the time. Due to an inability to obtain glass eyes or the raw materials to create them due to WW2 and Germanys’ exportation ban, the use of PMMA was investigated. This proved to be more durable, allowed for custom made eyes and further development of orbital implants.

4. Humans are the only animals to cry due to emotional triggers

Many pet owners swear that their dogs cry in response to emotional experiences, but there is no scientific evidence to support this. Darwin hypothesised that monkeys and elephants could also cry, but this theory has been debunked.

Children cry with pain, but as we age we are less likely to cry in response to pain but more to extreme sadness, grief, happiness or with laughter.  As we age we are also more inclined to cry due to seeing someone else in distress, than when we are in distress ourselves.

Crocodile tears, are when humans force themselves to cry. Often in an attempt to garner sympathy or attention. The expression comes from ancient myths that crocodiles ‘cry’ for the victims they are eating. Crocodiles eyes do water, especially when they have been out of the water for long periods of time and there is some evidence to suggest that feeding can also trigger their tears. Humans whose eyes water during eating suffer from a syndrome called Bogorad’s syndrome or Crocodile Tears Syndrome.

There is no blue pigment in a blue eye, it only differs from a darker coloured eye because it has less black-brown pigment. The coloured part of the eye is called the iris and is made up of two layers – the epithelium at the back and the stroma at the front. The epithelium is a very thin layer that contains black-brown pigments, if there are gaps in the stroma, this epithelium will be visible as dark specks. Whilst the proportions of collagen and melanin found in the front stromal layer is what affects the overall eye colour.

A blue eye is an eye whose iris has no pigment in the stromal layer, this results in the light entering the eye to be scattered back out and gives a blue hue. This effect is similar to why we see the sky as blue.

A dark brown eye has a lot more melanin (a type of pigmented cells) in this stromal layer. This means the light is absorbed by these pigments and gives it the dark colour you see when you look at the eyes. But a hazel or green coloured eye has a medium amount of pigment which can be either dark melanin or yellow lipochrome, this affects the variation in colour. The interaction between the blue hue from the light scattering of the non-pigmented cells and the absorption in the pigmented cells results in hazel or green eyes.

6. Who has the LARGEST eyes?

Another interesting animal eye is that of the tarsier. Tarsiers are small nocturnal primates that are only 10 cm in length. The Tarsiers eyes are ridiculously large for their body size, so large that their brain is smaller than one of their eyes! These little animals are found in Southeast Asia and can’t move their eyes the way we humans can. Instead of moving their eyes, they have to move their head. Their heads can rotate 180 degrees!

Here is a table comparing the sizes of animal eyes and the different pupil shapes:

On average adults blink 10 – 15 times per minute, however this can increase or decrease when doing certain tasks. Babies don’t blink nearly as frequently, only every 30-60 seconds, once or twice a minute. Fear causes us to blink less. When we are concentrating on something, like reading, our blink rate drops to about every 15-30 seconds. This is the major reason that eyes dry out and become fatigued when reading.

Almost all creatures, big or small, blink; except for those that don’t have eyelids such as fish and snakes. Some animals such as birds don’t blink instead they wink, one eye at a time. This is so that their vision is never completely disrupted.

There is no official record for the longest time without blinking, it’s not something Guiness Book of Records documents. Legend has it that one Michael Thomas of Florida managed to keep his eyes open for 1 hour and 5.61 seconds. Ouch!  Keeping your eyes open for more than 1 minute can cause pain, so we don’t recommend trying this at home.

8. Red-eye in photos is caused by light bouncing off the inside layers of your eyes

As the light from the camera enters the eye, retinal cells in the eye convert light to electric pulses that travel along nerves to the brain. But if not all the light is absorbed by these cells, some of it bounces back towards the camera. This reflected light illuminates the blood vessels in your eye creating a red colour.

There are ways to prevent red eyes in photos however. This could be not looking directly at the lens, improving the lighting in the room or adjusting the flash position.

The almost demonic light that shines from cats eyes at night is related to this effect. Cats and many other animals have an extra layer to their eyes. The tapetum lucidum is a layer behind the retina in these animals. It works a bit like a mirror. Any light that isn’t absorbed by the animal’s retinal cells will hit this highly reflective layer and send much more of it back out of the eye. The Tapetum lucidum allows these animals’ to have superior vision in dark situations, and on dissection is similar in colour and gloss to the lining of a Paua shell.

9. The phrase ‘it’s all fun and games until someone loses an eye’ comes from Ancient Rome

A commonly used phrase in regards to rough play often ending in injury. The phrase was coined from the bloody wrestling matches; a form of entertainment in Ancient Rome. As the only rule for these wrestling matches was ‘no eye gouging’, everything else was allowed.

These days ocular trauma is still a major public health issue and there’s a number of reported risk factors. It is a significant but preventable cause of blindness worldwide with an estimated over 20 million people being affected by blindness or low vision due to ocular trauma.

The worst sports for eye injuries in New Zealand are;

The most common causes of eye injuries outside of sport are;

It’s important to protect your eyes whenever possible and wear appropriate eye  protection to reduce the risks involved in certain jobs or tasks. If in doubt, wear it.

10. The sleep you find in the corners of your eyes, is officially called “gound”

You know that slightly crusty discharge you find in the corners of your eyes upon waking? In New Zealand we call it sleep; you may hear people saying ’wipe the sleep from your eyes’. You might also call it ‘eye boogers’ ‘eye crusties’ or  ‘sleepies’.

Any type of discharge from your eyes, nose ears or mouth is called rheum, and rheum specifically from the eyes is called gound. It is natural and harmless and is made up of a collection of dust, skin cells, blood cells, mucus and meibom (an oil your eyelids produce). When you are sleeping and your eyes are closed this can build up and then dry out over night. It’s normally nothing to be concerned about, healthy gound is clear or light yellow, but it can be an indicator of poor eye health if it changes. If you find it becomes thick, green, dark yellow or occurs along with pain or redness in the eyes you should see an eye health practitioner.

As you can see, the eyes are an incredible organ and these are just some of the fascinating facts about eyes! If you’d like to learn more about one of our bodies most fascinating and complex organs then check out some of our other articles: