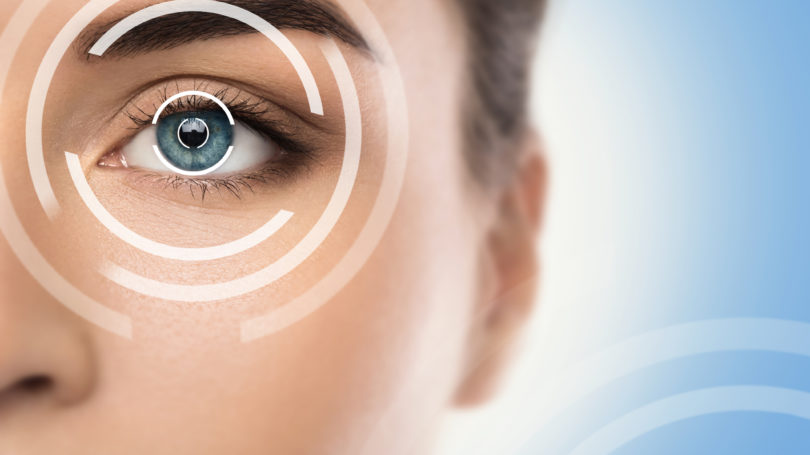 If you’ve ever looked into the possibility of having laser eye surgery, it’s likely you’ve heard of LASIK; the most common laser eye surgery procedure offered here in New Zealand and worldwide. Laser eye surgery is used to reduce or eliminate the need for glasses or contact lenses by correcting focusing errors in the eye and has been carried out worldwide since the early 1990s. The first LASIK was performed in 1990 and has been the most popular procedure ever since!

Our laser eye surgeon, Dr Andrew Logan, wrote this article on everything you need to know about LASIK eye surgery. It’s full of interesting, useful information, so have a read and get in touch if you have any further questions!

Why and when was LASIK developed?

PRK was the first laser eye surgery procedure to be introduced, with the first patients treated in 1987 and FDA approval for PRK was granted in the United States in 1995. PRK proved to be a safe and successful procedure for treatment of moderate degrees of short sight and astigmatism, but the results were not quite as good for high degrees of short sight and long sight.

This led to the development of LASIK surgery, an alternative to PRK.

LASIK was found to provide excellent outcomes for most shortsighted patients, long sighted patients, and patients with astigmatism. It rapidly became the most popular procedure for laser eye surgery, because of the fast visual recovery and minimal postoperative pain. LASIK was approved by the FDA in 1998. Dr Andrew Logan, the medical director and founder at the Wellington Eye Centre, was the first ophthalmologist in Australasia to have laser eye surgery carried out on his own eyes. He had LASIK eye surgery performed in 1995 and he has not needed glasses since!

What happens in LASIK eye surgery?

What laser is used to perform LASIK?

LASIK eye surgery is carried out in two quick steps – the actual procedure takes less than 6 minutes per eye. During laser eye surgery, you lie on an operating bed which can move between the two lasers during the procedure.

Here’s how a typical LASIK procedure would work:

Below is a visual of what happens during a LASIK procedure:

Your eyes aren’t covered with a bandage after the surgery and you’re able to see well enough to move around without difficulty immediately after. Although you won’t be able to see clearly your vision will get slightly better over the course of the day. Most people having laser eye surgery at the Wellington Eye Centre can leave the clinic 15 to 20 minutes after the procedure has been completed. For the rest of the day your eyes will be mildly scratchy and uncomfortable. By the next morning, your vision should be clear, and most people are able to read their bedside clock and use their smartphone – without glasses! By this time, you should only have minimal discomfort or scratchiness in your eyes.

We provide over the counter pain medication to manage any discomfort, so you should be quite comfortable while your eyes recover.

Above is a photograph of our VisuMax laser in our operating theatre.

Is LASIK suitable for you?

Most people who wear glasses or contact lenses can be successfully treated with LASIK eye surgery to eliminate or substantially reduce the need for optical correction, AKA the need for glasses or contact lenses. Usually if you have normal corrected vision in both eyes while wearing contacts or glasses and you’re reasonably healthy, you should be a good candidate for LASIK eye surgery.

If you decide to have LASIK eye surgery carried out at the Wellington Eye Centre, you will have a comprehensive and thorough medical examination carried out. This will ensure you’re a good candidate for LASIK, or if another surgery is better suited. Prior to this you may have a free laser suitability assessment carried out. During this we will determine whether you’re likely to be a good candidate for any of the laser eye surgery procedures, before proceeding to the full medical examination. Some pre-existing conditions will mean you’re unsuitable for laser eye surgery. These conditions can be detected during your medical or free assessment, which may prevent you from having laser eye surgery.

The following conditions will usually (but not always) mean you’re unsuitable for laser eye surgery procedures such as LASIK, PRK or SMILE:

While this list seems daunting, most people who wish to have laser eye surgery performed can be treated successfully and safely.

Will vision correction be permanent?

Laser eye surgery, such as LASIK, is a significant investment in your well-being, and many people are concerned that they may only get a few years of good vision from LASIK surgery before they need to return to wearing glasses. This is not the case. We even wrote a blog article dedicated to whether or not laser eye surgery can save you money!

I, Andrew Logan, had LASIK surgery performed on me in 1995; I can still see very well in the distance and can also read easily at close distances. LASIK surgery is probably the most intensively researched surgical procedure that is carried out on human beings, with many thousands of medical research papers having been published on the safety and long-term outcomes of the procedure over the last 30 years. We now know that people who have had LASIK surgery can expect to maintain excellent vision without any significant change over the long term. However, there are a couple of situations where vision can change over time.

Firstly, short sight which develops in the teenage years can get progressively worse for some time. This increase in short sight tends to be more marked, and to continue for a longer period, for people who are significantly short sighted to begin with.

This has two consequences; if you’re very shortsighted, your degree of short sight may continue to increase over time and this process can continue after you have had LASIK surgery. While you could have a retreatment in the future to deal with any increase in your short sight, if your short sight has been getting worse over the last couple of years, you’re probably better to defer having LASIK or other laser eye surgery performed until your vision has stabilised. If you’re young, in your late teens or early 20s, your short sight (myopia) may also increase over time. You should not have laser eye surgery performed if your vision has changed at all in the last couple of years.

The other situation where vision can change after laser eye surgery, occurs when people reach middle age. Once a person reaches their early 40s, their ability to focus at close distances generally starts to deteriorate and they develop presbyopia. This deterioration progresses up to the age of about 60 – hence people get reading glasses after middle age. This process is unrelated to having laser eye surgery performed and occurs in anybody who lives past the age of 40 or so.

It’s important to understand that distance vision would not normally be expected to deteriorate even though close vision is getting worse. Many people who have had previous laser eye surgery to improve distance vision when they were in their 20s, are now having enhancement surgery performed to reduce the need for reading glasses, while still maintaining excellent distance vision.

How long is the recovery after LASIK?

Recovery of vision after LASIK eye surgery is fast. As a personal anecdote, when I had LASIK surgery performed many years ago, I had to go to Maroochydore, Australia. I was the only eye surgeon in New Zealand doing LASIK at the time and I realised it was impractical to do surgery on my own eyes! Each eye was treated separately, one day after the other, that was what was done back then. I had my surgeries performed in the morning and I spent my afternoons sitting on the balcony of my hotel room watching car number plates slowly become clearer and more focused.

The day after my second eye was treated, I went out to the beach and could clearly see details of ships on the horizon. After wearing glasses constantly for the previous 25 years, it was an amazing experience to be able to see perfectly. I will always be grateful for being able to have this done. The first thing I did was to buy my first pair of non-prescription sunglasses! I flew back to New Zealand a day later and was safely and happily performing cataract surgery and corneal transplant surgery four days later.

Above is a photograph of Dr Logan before he had his LASIK surgery.

Immediately after the procedure, vision is quite cloudy, although you can see well enough to get around. Your vision will get slowly better over the course of the day after the procedure, and the eyes can be moderately scratchy and uncomfortable for the rest of the day. By the time you wake up the next morning, you would be expected to be seeing quite clearly and should be able to get back to most normal activities within 36 hours or less. Although we do normally recommend that you take a few days off work.

During the first week or so after LASIK, your vision can be a bit variable with a slight loss of crispness and sharpness of vision. This may cause difficulties with computer work and reading at first. You shouldn’t drive within the first 48 hours. At the Wellington Eye Centre, we have our patients use medicated drops for the first week after LASIK, and artificial tears are used regularly for the first month. We also ask our patients to keep water and contaminants, like eye shadow and mascara, out of their eyes for three weeks after the procedure.

LASIK versus SMILE – which is better?

This is like asking which is better – oranges or bananas? The answer is – it depends. They are both excellent procedures, but each has some advantages compared to the other. LASIK has been a  laser eye surgery procedure for over 30 years and has been shown to have excellent long-term outcomes and safety. SMILE is a much newer procedure, having been used in clinics like the Wellington Eye Centre for the last nine years. The number of SMILE procedures being carried out worldwide is increasing exponentially. Over 2 million SMILE surgeries have now been performed! A large and growing number of research papers have been published comparing LASIK to SMILE surgery. Based on these papers, we know several things about the differences and similarities between LASIK and SMILE:

Basically, both SMILE and LASIK are excellent procedures with good visual outcomes. One procedure may be preferred over the other depending on your situation.

If you’re interested in hearing more about laser eye surgery and want to know if LASIK would be the right procedure for you, come in for a free laser suitability assessment at the Wellington Eye Centre. We also offer free assessments at our Napier, or Nelson clinics. We’ll give you some more information, assess your eyes and determine whether or not laser eye surgery could be the right solution for you.

SMILE ® and VisuMax ® are registered trademarks of Carl Zeiss Meditec.