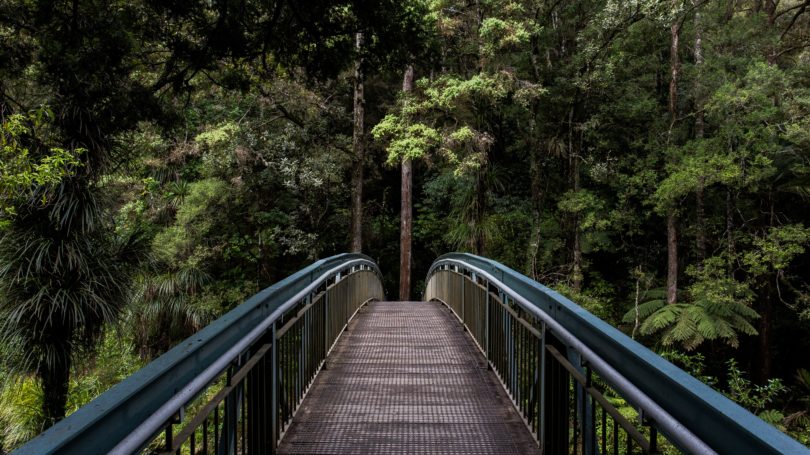 The process of seeing is a hugely complex subject. To understand what happens when we “see” something, it is helpful to separate the subject into two parts. Firstly, the eye and how it functions, and secondly, how vision actually occurs, a process known as visual perception. Finally, we will show how damage to different parts of the visual system affects vision.

The reason for making this separation is that we do not “see” with just our eyes. We also see with our brains. If this sounds strange, think about dreaming. We see well in our dreams despite having our eyes closed and usually being in a darkened environment. People who experience lucid dreaming often describe seeing with far greater clarity and brilliance than in normal waking life. We need our eyes to see our waking environment, but they are not sufficient by themselves. We also need our brains to see.

A deeper look at the eye

The eye sits inside a bony cavity called the orbit or eye socket. The orbit contains the eye, the muscles that move the eye, blood vessels, nerves, and the tear glands. Fat surrounds these structures and acts as a shock absorber for the tissues.

The outer part of the eyeball consists of a tough white shell called the sclera (the white of the eye). This is made up of a strong connective tissue called collagen, which is also found in tendons and joints throughout the body. A thin transparent membrane called the conjunctiva covers the sclera. This runs to the edge of the cornea at the front of the eye and covers the back surface of the eyelids. Collagen makes up the cornea too, but unlike the sclera, it is normally crystal clear.

Behind the cornea lies the iris, the coloured part of the eye. In the centre of the iris is a circular opening called the pupil. Contraction and relaxation of muscles in the iris cause the pupil to constrict or dilate in response to varying light levels. The space between the back of the cornea and the front of the iris is called the anterior chamber, filled with a clear salty fluid called the aqueous humor.

A specialised nerve tissue called the retina lines the back of the eye. The retina functions like the film on a camera or a sensor in a digital camera; it detects light and starts the process of seeing. Before light reaches the retina it must travel through the vitreous humor which is a clear gel-like fluid. Which makes up a large portion of the eye. Occasionally a substance will enter the vitreous humour and remain suspended. You may see these as squiggly lines or black dots. We call these floaters.

How do we process the image?

The eye is often said to work like a camera. Though this is not entirely true for a film camera. Which use film to collect an image, which then must be developed outside the camera. However, digital cameras provide a good way of understanding how the eye works.

The lens focuses light and adjusts the focus so that objects at different distances are clear. The amount of light getting into the camera is adjusted using a diaphragm which can be opened or closed. This adjusts the amount of light reaching the image sensor at the back of the camera. The sensitivity of the sensor can also be adjusted so that it is more or less sensitive to light.

The image sensor has millions of individual pixels which are sensitive to different colours – red, green, or blue. These pixels produce a digital signal when hit by light photons. The firmware in the camera or software on a computer processes the final image.

How do our eyes focus?

The eye focuses in a similar way to a digital camera. In the eye, the cornea does about 60% of the total focusing, the lens then carries out the remaining 40%. The lens changes shape to focus the eye, becoming thicker to focus at close distances and thinner for far. The iris has a hole in its centre called the pupil. The pupil varies in size to adjust the amount of light entering the eye; narrowing in bright light, and enlarging in low light. This provides a rapid response to varying light levels.

After passing through the cornea, pupil and lens; light is then focused on the retina. This is the place where the process of “seeing” really begins. An enormous number of specialised nerve cells make up the retina and it is an extension of the brain. These cells detect incoming light, adjust to varying light levels, and perform some initial processing of visual information. The light-detecting cells are called photoreceptors.

There are 2 basic types of photoreceptor cells; rods and cones. Rod cells are in the peripheral part of the retina, they are responsible for night vision and peripheral vision.  Rod vision is “black and white” and low resolution; a bit like a cheap camera. In a process called “dark adaptation”, rods can progressively increase their sensitivity to light in dark conditions.  Dark adaptation is a relatively slow process, taking several minutes. Whereas cones are in the centre part of the retina, they are responsible for detailed, colour vision. Like a digital camera, there are 3 types of cones to detect different colours – red, green, and blue. Cones do not work well in poor lighting, which is why we progressively lose colour vision as it gets darker.

How does the image travel to our brain?

How does our brain process this image?

The optic nerve also carries the information needed for the mechanics of vision to two other sites in the brain. One site is a collection of cells that control the size of the pupil in response to varying light levels. Another site processes information concerning moving targets and information governing scanning of the eyes.

How does damage to the visual pathway affect vision?

The visual system can be damaged in many ways; including a congenital condition, injury, tumour or surgery. How vision is affected is determined by the injury location.

Loss of an eye or damage to the optic nerve

When one eye or optic nerve is lost, effects include loss of stereoscopic (3-D) vision and some loss of peripheral vision on the side of the lost eye. Typically, about 20% of peripheral vision will be lost on that side. This can cause difficulties moving in crowded environments and being aware of hazards coming from the blindside.

Loss of 3D vision can cause more significant problems. To have 3D vision, you need two functioning eyes. Sudden loss of vision in one eye can cause severe difficulties with depth perception, especially at close distances. Tasks such as walking down stairs and pouring drinks into a glass can be challenging. With time adaptation occurs; the brain is able to use what are known as “monocular clues” to judge depth. This adaptation occurs more quickly at a younger age, children who are blind in one eye may show no signs of having reduced depth perception. Practically speaking, one-eyed people are not limited by their lack of 3D vision.

Damage to the optic chiasm

The optic chiasm sits just in front of a small organ called the pituitary gland. If the pituitary gland develops a tumour or swelling, it can press on the optic chiasm. This pressure can damage nerve fibres which crossover in the chiasm, the ones that carry signals from the temporal or outside visual field from each eye. Temporal vision in both eyes can be lost causing a condition known as bitemporal hemianopia. This is often the first and only sign of a developing growth in the pituitary gland.

People with albinism have an abnormality of the chiasm where almost all of the nerve fibres cross over, resulting in defective mixing of information from each eye. This causes poor 3D vision.

Damage between the chiasm and the visual cortex

After the chiasm, information from both eyes is mixed together. The right visual pathway carries information from the left half of the visual field for each eye and vice versa for the left pathway. Therefore, damage to the right visual pathway will cause loss of vision on the left side. This is known as homonymous hemianopia; common causes of this can include strokes and brain tumours. Because there are so many other important structures in the same area as the visual pathway, other brain functions such as controlling speech and movement are likely to be affected.

Damage to the visual cortex

If the visual cortex on one side of the brain is damaged, vision will be lost from the opposite half of the visual field from each eye. So if the left visual cortex is damaged there will be a loss of vision on the right side of each eye, again causing homonymous hemianopia. If the visual cortices on both sides are damaged or destroyed, all vision can be lost. This is known as cortical visual impairment.

Extensive research has been carried out, investigating vision in people who suffer from cortical visual impairment. It has been found that these people show something called “blindsight”. Even though they are effectively totally blind and unable to “see” or perceive anything at all, they can quite accurately detect shapes and movements when test objects are placed in their “blind” visual fields. Despite being able to do this, they are completely unaware of seeing anything at all. The reason that this occurs is thought to be due to visual processing that has occurred in parts of the visual pathway, such as the LGN which are able to detect shape and movement. This processing occurs below the level of conscious awareness, however, and the person is not aware of having seen anything.

As you can see the eye is an incredibly complex organ. There are many different components to how we see in the brain too. Hopefully you’ve learned a thing or two along the way.

At the Wellington Eye Centre we love writing about eyes. We have some more articles you might like here: